In October 2014, Gabi was officially invited to speak at We Day Seattle, which she did on April 23rd, 2015 at the Key Arena.

According to their website, We Day brings youth together “to make the world a better place [in] the global movement of our time. An annual series of stadium-sized events, We Day brings together world-renowned speakers and performers—from Malala Yousafzai and Martin Sheen to Demi Lovato—with tens of thousands of youth to kick-start a year of action through We Act. You can’t buy a ticket to We Day—you earn it by taking on one local and one global action… Free The Children, Me to We, We Act and We Day all share the same goal: to empower a generation to shift the world from “me” to “we”—from a focus on the individual to the power of community.”

See the lineup of speakers and performers at We Day Seattle >>

Below is a selection of Past We Day speakers: 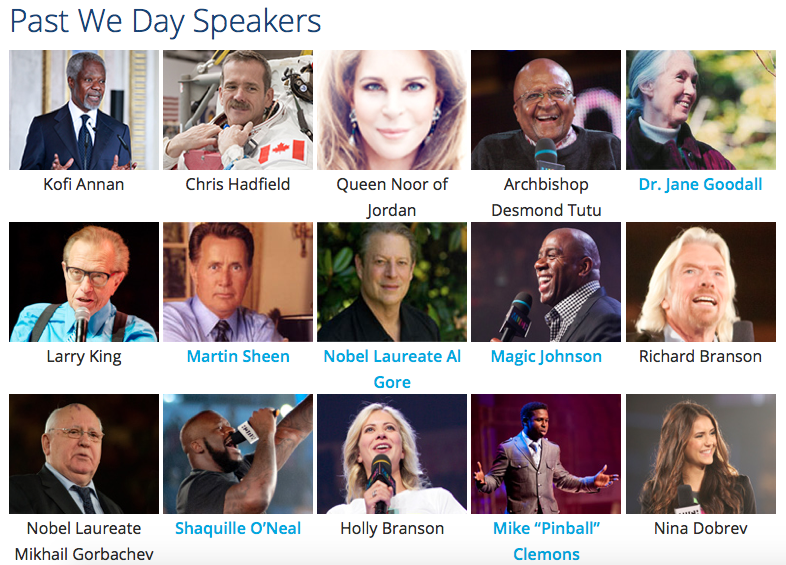 This year at We Day Seattle, the following people spoke and performed: